In our warehouses, you can meet both the new original turbochargers, and obsolete turbos, taken out of production. Our specialists will be happy to help you find a turbocharger for your car, no matter whether it's an old Renault or a new expensive Porsche. The opportunity to purchase from us an alternative, fully reconditioned turbocharger will please any client with a low budget.

Turbocharger (turbo, turbine, turbo-compressor) - is a device that increases the total power of the internal combustion engine, using the kinetic energy of exhaust gases.

The turbine is a device that converts kinetic energy of gas into mechanical force. In the turbocharger, the turbine is its HOT part, through which the flow of hot exhaust gases passes, forcing the shaft with the wheel to rotate.

Compressor is a device used to inject a gas stream, in this case an air flow. In the turbocharger, the compressor is its COLD part and serves to inject airflow into the cylinders of the engine, by means of the compressor wheel, which rotates by the shaft rotating with the wheel of the turbine in the hot part.

The exhaust gases under pressure drive the turbine wheel, which rotates the compressor wheel located on the same shaft, which, in turn, pumps air into the intake manifold of the engine. The turbocharger thus increases the pressure in the mixture of air and fuel inside the intake chamber of the engine. In the cylinders, the injected stream increases the density of the combustible charge of the mixture, which results in the combustion of more fuel and the release of a larger volume of gas moving the pistons with subsequent increase in engine power.

The rotor speed of a conventional turbocharger, in operating conditions, varies between 70,000 - 90,000 rpm. Sometimes, the peak rotation speed can reach 200,000 or more revolutions per minute. For example, on simple turbos Garrett in the conditions of test or repair, making the balancing of the core (cartridge, more precisely: the rotor) of the turbocharger, the speed of rotation of the turbocharger shaft reaches 130,000 - 150,000 rpm, and in the turbochargers BorgWarner (KP35, KP39 series) and Mitsubishi (MHI) (series TD03, TD025) 200,000 rpm. Usually, the smaller the dimensions of a turbocharger are, the higher the rotational speed of its rotor gets.

Most modern vehicles are equipped with a turbocharger, due to a significant increase in the efficiency of the engine. Initially, installed on the output tract turbocharger, in fact slightly reduces engine power, creating a small resistance to waste gases and slightly interfering with its operation. But, the increase in power, after the cycle of the turbo system, significantly exceeds the lost power. Turbocharging on average provides the engine with a 30-40% power increase. There’s no need to argue the efficiency of using a turbo. Motors equipped with a turbocharger are significantly more efficient than conventional engines, since they use fuel more efficiently and allow increasing power without increasing the engine's rotation speed.

In the use of turbochargers, there are disadvantages, so to speak: side or negative points. For example: almost all turbochargers have their own inertness of operation. From the moment the accelerator pedal is pressed to the effective increase in engine power, a temporary delay, called a "Turbo-Lag", is observed. The delay is followed by a sharp increase in power, and sometimes a sharp jerk of the engine is felt. This is mainly due to the frictional force of the rotor, which takes time to gain the speed of rotation to the operating mode. These shortcomings are practically reduced to zero in turbochargers with a system for changing the geometry of the exhaust (exhaust) gas flow (VNT turbos) and in turbos with waste valves (Wastegate turbos). 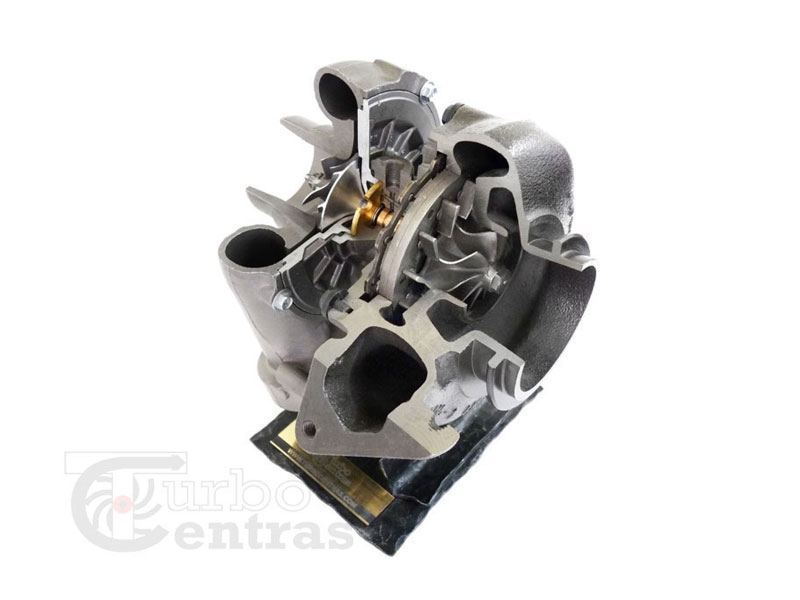 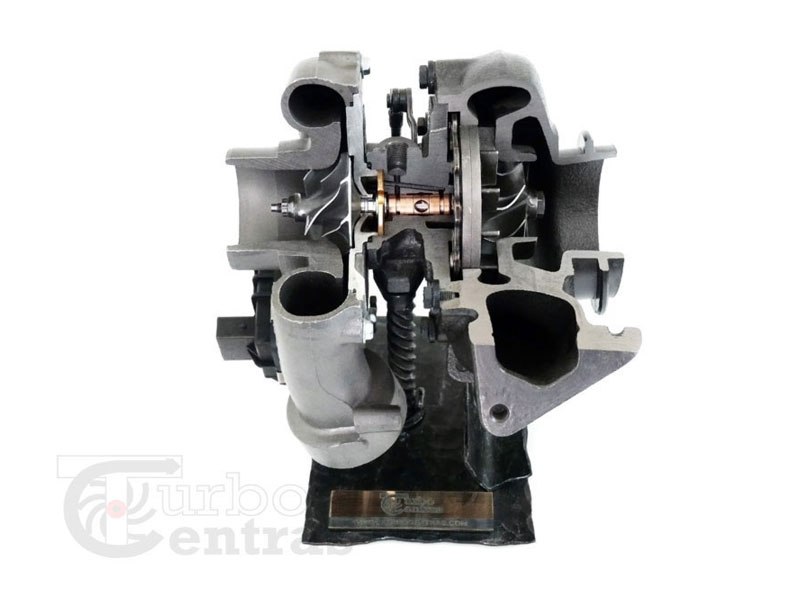 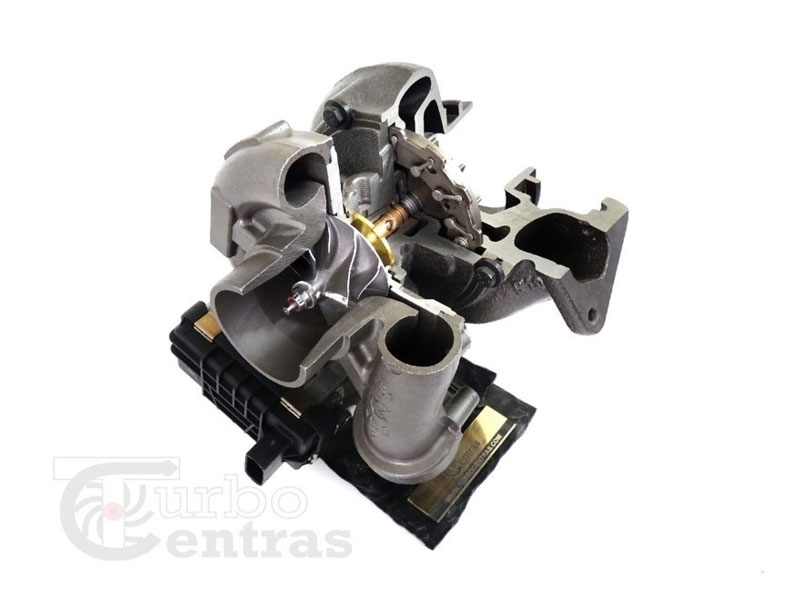 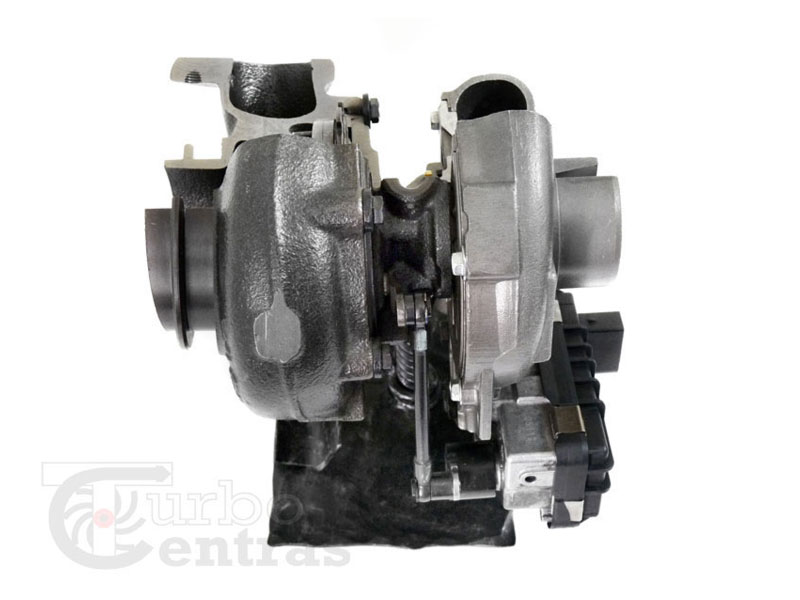 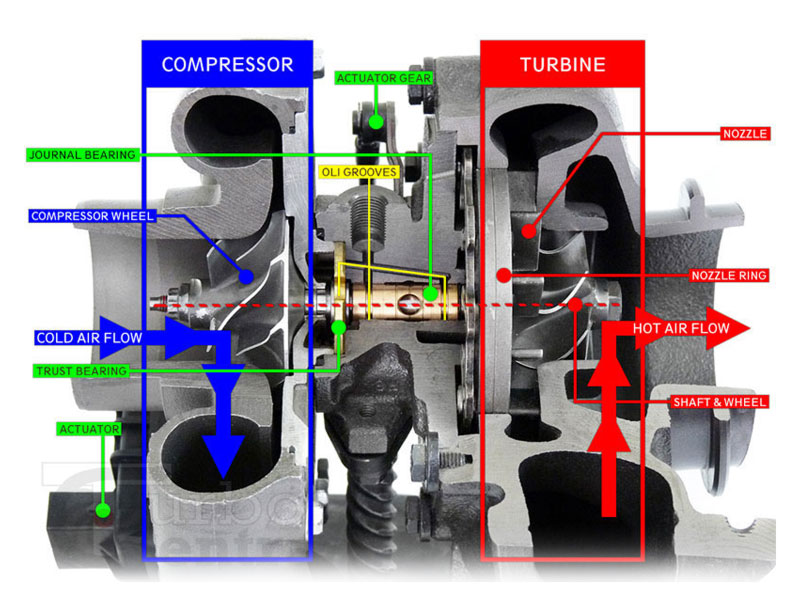 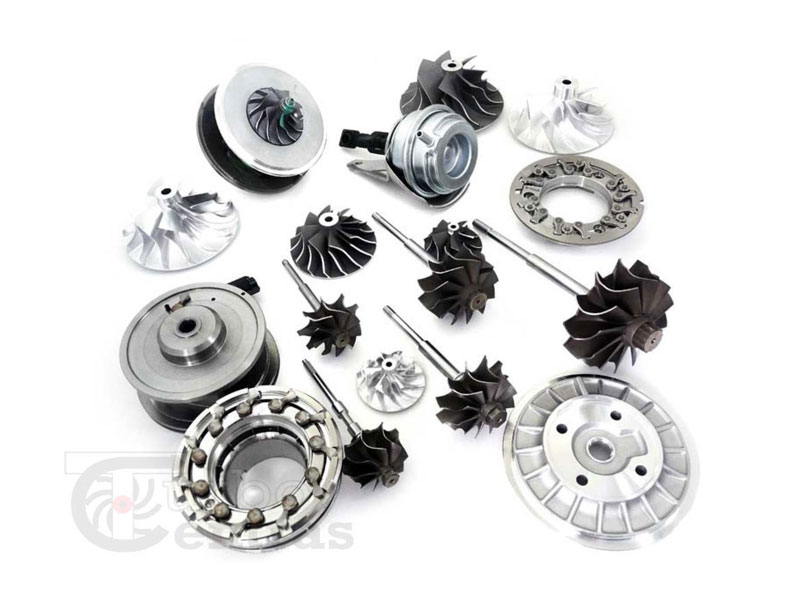 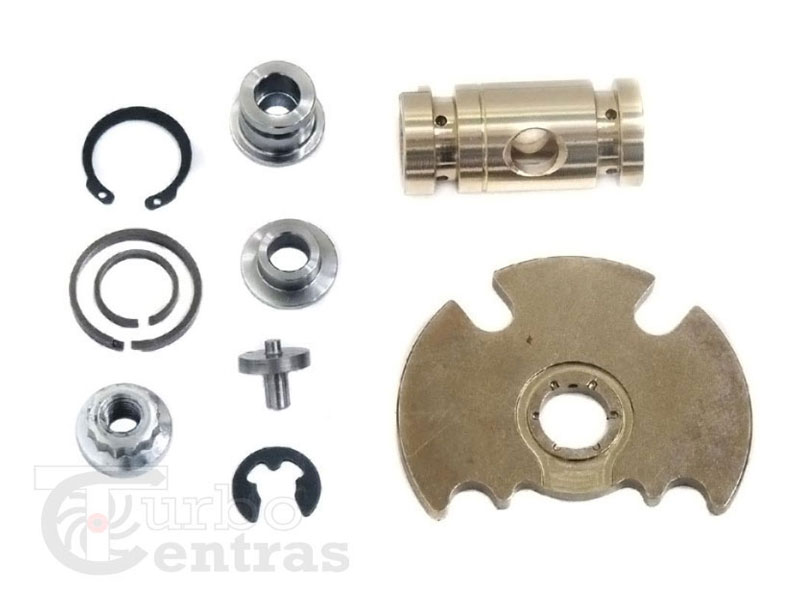 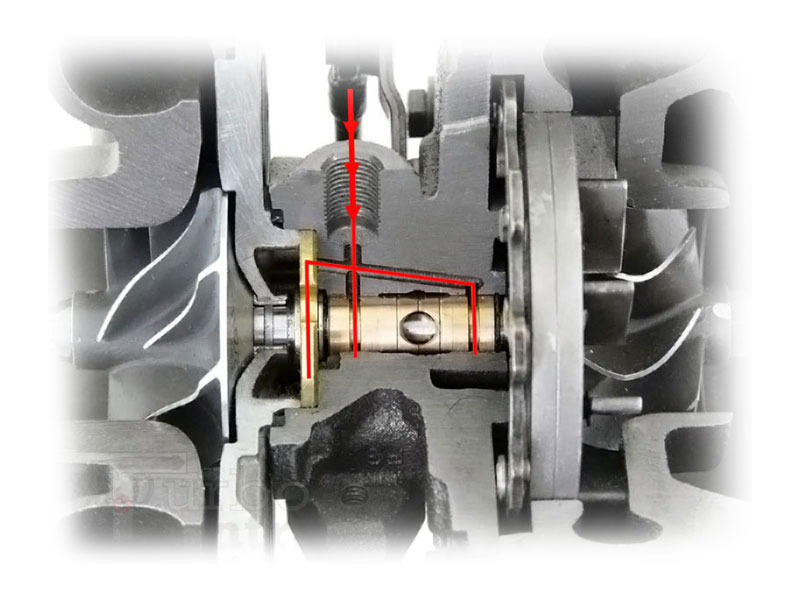 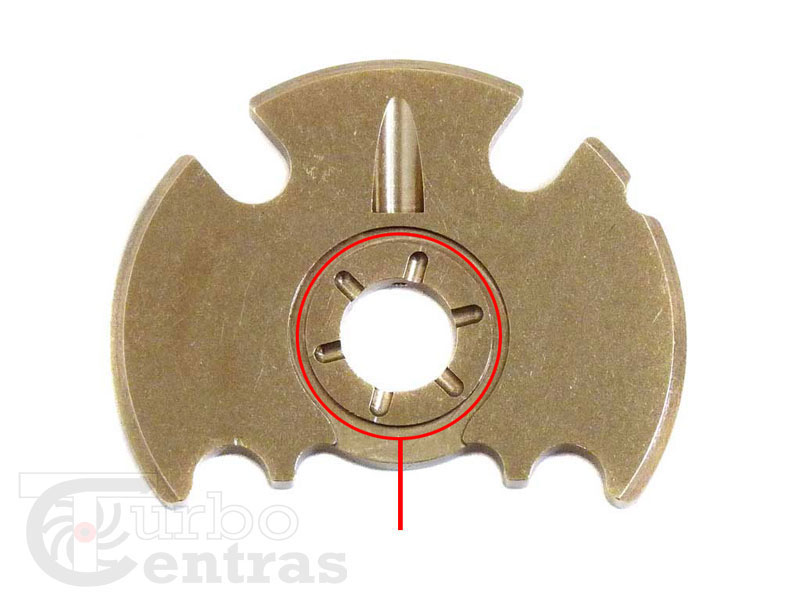 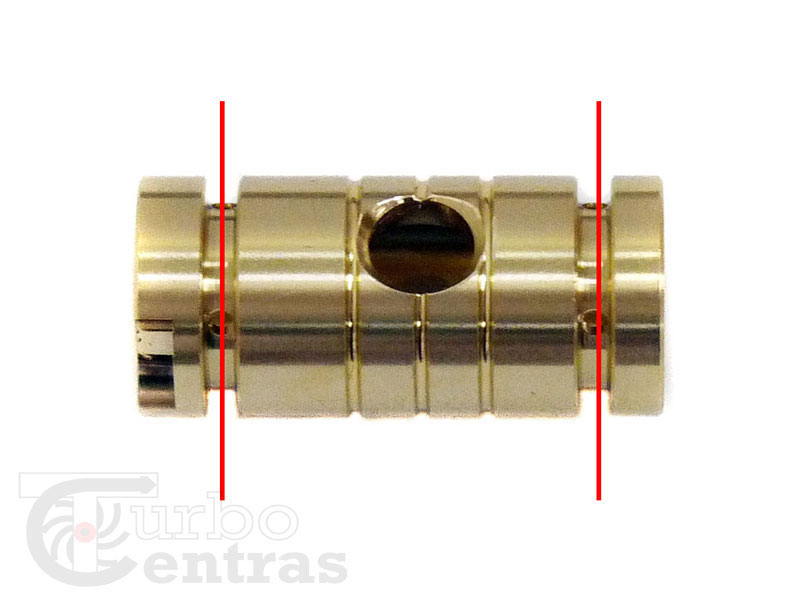 Turbochargers with variable geometry appeared somewhere on the Internet, or rather on the pages of Wikipedia. Changing the geometry of turbo can be caused by a terrible traffic accident. Turbo with a modified geometry can be found after an accident or under a working press. You can also, using a high-tech sledgehammer, change the geometry of the turbocharger, even several times.

Manufacturers of turbochargers use different names for VNT systems:

VNT turbochargers are distinguished by the presence of a ring (or a Nozzle Ring) with movable blades of aerodynamic shape (Nozzles). The VNT turbo blades, by adjusting the area of the channels at the input of the wheel (impeller) of the turbine, change the flow of passing gases in order to increase or optimize the efficiency of the turbo. The blades on the ring are driven by a vacuum actuator, pneumatic or hydraulic actuator, electronic (electric) actuator, or electronic servo drive.

With a small exhaust gas flow, at low engine speeds, the flow geometry change system reduces the flow of gas to the turbocompressor, increasing the pressure and flow rate of the gases in the turbine.

Turbochargers equipped with systems for changing the geometry of the flow of exhaust gases (VNT turbos) are mainly found on diesel engines.

The main advantages of turbochargers with VNT systems:

Turbos, without systems like VNT, do not have all the advantages of VNT turbochargers. Conventional turbochargers have a simpler design and are most often used in gasoline internal combustion engines. The absence of VNT allows the turbocharger to operate in higher temperature modes, since the VNT mechanism of the node is less resistant to high temperatures. That is why conventional turbos are more often found on gasoline engines, where the temperature of the burning air-fuel mixture is much higher.

Turbocharger intercooler – a device designed for cooling, pumped by a turbocharger of air. It is used as an intercooler (radiator, heat exchanger) for the flow of hot air produced by the turbocharger and directed to the cylinders of the engine.

The air created in the turbocharger compressor is heated to high temperatures, being under high pressure. Passing through the connecting pipes into the intercooler (intercooler), the cooled air enters the cylinders of the engine. This avoids unnecessary detonation of the combustible mixture at the end of the compression stroke inside the cylinder and contributes to the removal of excess heat from the turbocharger.

The intercooler is usually located in the front of the vehicle's body to cool the airflow of the surrounding environment due to movement. 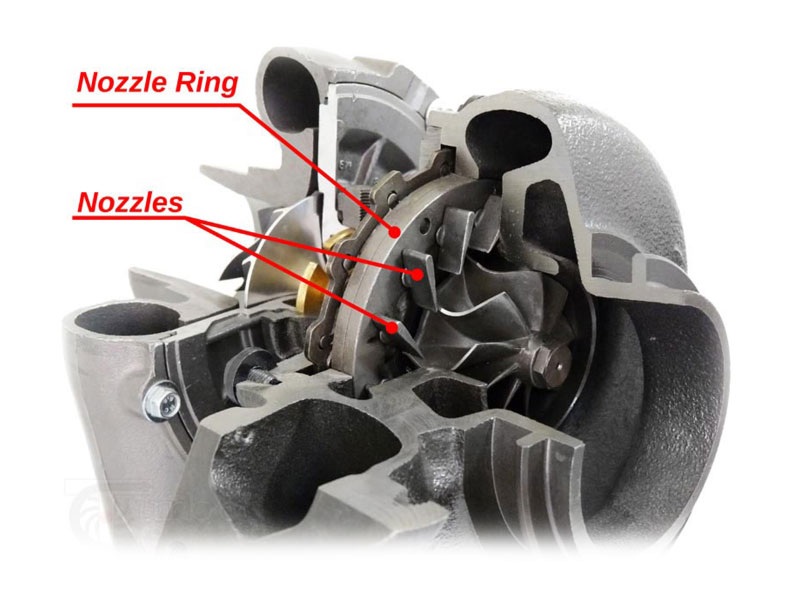 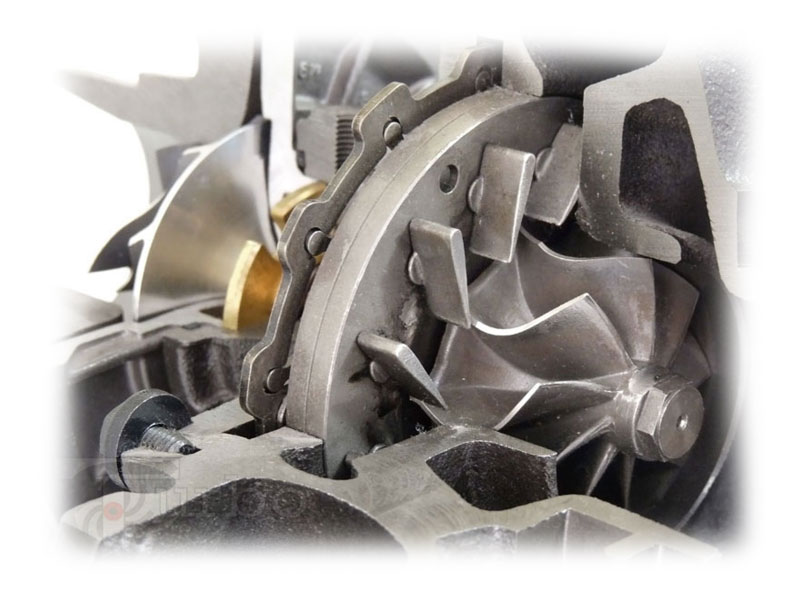 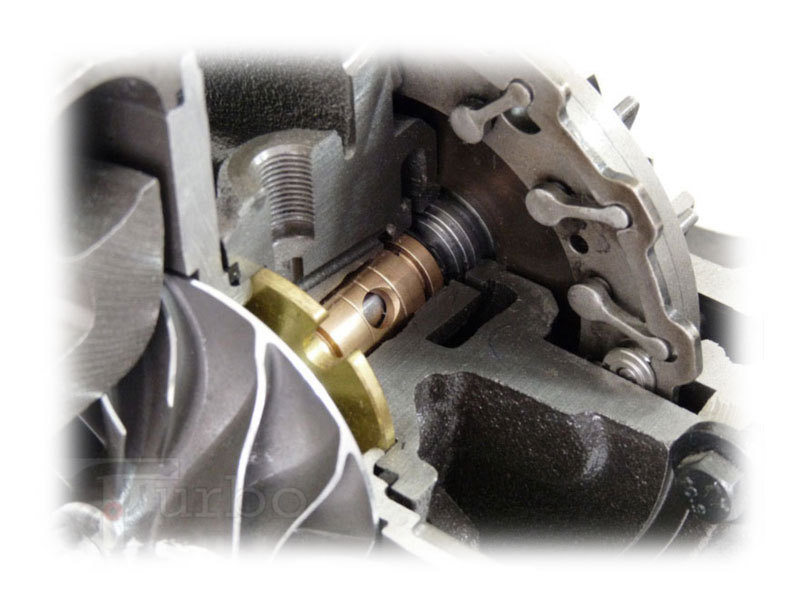 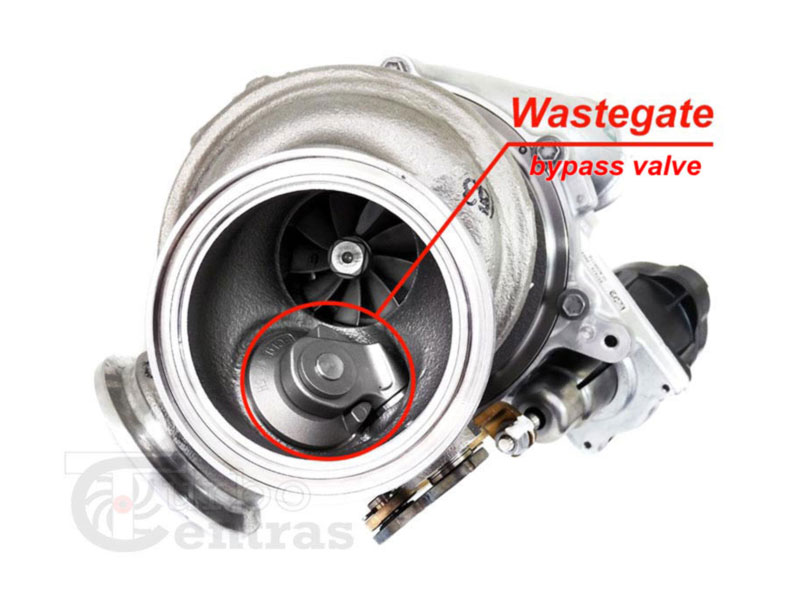 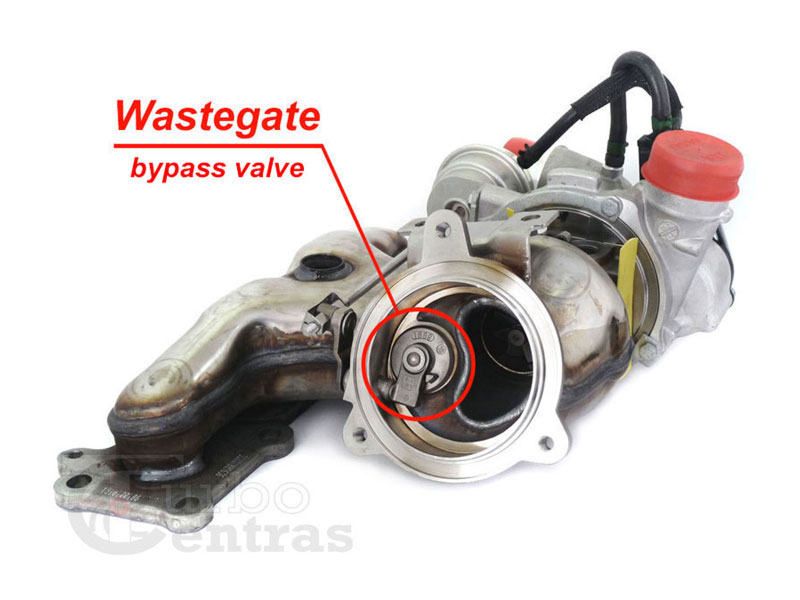 Where can I buy a turbocharger? – Turbos’ Sales

For the optimal solution for choosing a turbocharger, feel free to contact TurboCentras. The specialists of our company will always help you in matters of choosing and purchasing a turbocharger. Our staff will provide you with professional, exhaustive consultations and give useful recommendations on the issues of subsequent operation of the acquired turbo.

To buy a turbocharger, you can in our online store or simply by contacting us by phone or by e-mail.

Save products on your wishlist to buy them later or share with your friends.

No account? Create one here
Product added to wishlist